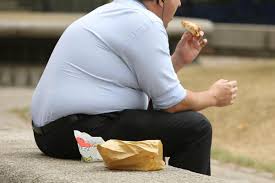 In 2017 doctors warned that Wirral must tackle its “dangerous epidemic” of obesity after figures showed weight problems land more people in hospital here than anywhere else in England.

Around two-thirds of the Wirral population have a weight classed as unhealthy, which heightens the risk of diabetes, liver disease, some cancers and muscle and joint problems. Hospital admissions for problems linked to a patient’s obesity are three times higher here than the national average in the region, and according to NHS Digital figures are higher than the English and northwest averages.

The cost to Wirral Council of healthcare for the borough’s overweight and obese residents was estimated at £109m a year with Council figures suggesting a strong link between deprivation and obesity, with the poorest areas facing the biggest weight problems.

One alarming statistic is that a third of 10-11 year olds are overweight or obese, another is that we have the highest rate of lower limb amputees in the country due to diabetes.

So what is the true cost to taxpayers?

Some experts believe obesity and the linked health problems will continue to rise nationally, and Wirral council admits there is no evidence that our borough will be any different.

Its report states this means health and social care costs are likely rise, taking up around 16% of the total healthcare budget which is an estimated £109m spent each year, with £63.3m spent dealing with obesity alone.

In the last year hospitals had 9,286 appointments with people from Wirral where obesity was either the main issue or medics noted their weight problem on their records while treating them for something else.

Across the whole of England there were around 811 appointments for every 100,000 people last year in English hospitals where obesity was the problem or medics recorded it as a health issue while in Wirral the rate was the highest in the country at 2,894 per 100,000. At the other end of the scale the area with the fewest admissions was the London borough of Richmond with a rate of 238.

Separate figures also show that the rate of prescribing drugs that are used to try to help patients reduce their weight is also higher in Merseyside than anywhere else in the country.

(The data was released by the Health and Social Care Information Centre from records collated from hospitals in England during the 2014-15 financial year.)

In 2012, spend on obesity was estimated to be around 9% of the total NHS spend in Wirral (£673m). Once the NHS costs of individuals being overweight is also factored in, spending on this issue could equate to around 16% of total NHS costs. If we assume costs will continue to increase at a similar rate, the cost of obesity for Wirral in 2020 will be £73.1million

The question has to be asked that given the understanding of the rising trend and costs involved with obesity and diabetes, which is exacerbated by an unhealthy life style and lack of exercise, that the Council ignored a petition of over 26,000 signatures and has gone ahead with putting charges for parking in our country parks and along promenades. These are possibly the two main areas that people living on our peninsular will go to get some exercise.